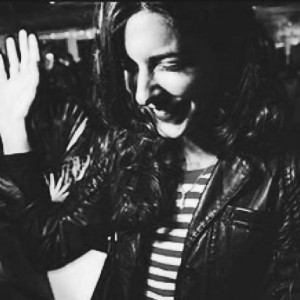 A star is born

Virginia Bizzi comes from Bologna and has fashion in her veins. Those workshops where, since she was little, she was used to see her father and uncles working with pieces and collections, today have become her headquarter. Virginia can boast a good expertise with designs, scissors and fabrics that she personally selects for her creations, which have always been much appreciated since the very first capsule launched for the 2014/15 fall-winter season. Virginia Bizzi’s collection, presented at White, the International show of contemporary fashion, in February 2014 hit the mark and with the 2015 spring-summer season, she has confirmed already a success story, making her entrance in the best boutiques in Italy and abroad.

Virginia, when did you decide to work in fashion?

After my studies in foreign languages, I attended fashion design courses at the Carlo Secoli Institute in Bologna and then at the St. Martin School in London.

And you stopped there for a rather important training period..

Yes, I had the honour of working in the style team of Vivienne Westwood. Immediately after my return to Bologna, I needed to do something that was completely mine. Then I started working on my first capsule, focusing on total leather.

Which you then abandoned for the second season. Why?

Because creating pieces made of leather only did not give space to my ideas.

In fact, the hot piece of your new capsule collection is a funny pop printing, both in colours and in black&white. How do the buyers have seen this?

I may say it was a success, as it was purchased by 70 multi-branded stores in Italy, but also in Japan, America, Korea, like L’Inde le Palais in Bologna, Helmé in Catania, Space in Milano Marittima, Ferretti in Riccione, EnOr in Seoul, Villa Rouge in Japan, Michel Nusskern in California, Lisz in Moscow, Sauvage in Kazakhstan and many others which I do not remember now.

What about the new collection?

It will still have a strong pop soul, based on non-woven fabric, amidst colourful eco-friendly furs and pieces made of red and black latex.

What can you tell us about its leitmotiv?

It will be another printing with a pop mood.

How do you see your future?

I have to work hard, as I have done up to today, always keeping my feet on the ground.

But your concreteness does not hide a secret dream.

I dream of my own fashion show in Paris, in the street, perhaps in the alleys around St. Germain. And if I had to choose a location, I would opt for an art gallery in the Marais.